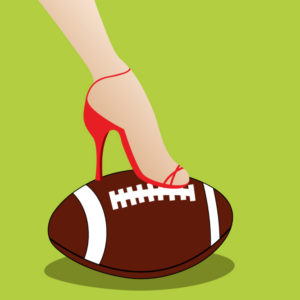 You’ve heard the phrases “you can’t win if you don’t play” and “the rich get richer”.  It’s true. Those with money are playing the game of investing and are using what they have to increase wealth through exposure to the market.  Successful investors understand there’s a catch:  when you invest, you could lose.  That’s a scary thought for most women (or all of us).  But, the point that’s missed is that you only lose if you sell.  Otherwise, it’s just a downturn on paper. Can you wait to sell?  How can women get more comfortable becoming investors?  One way is to look at investing as a game and learn the rules to play.  If you’re going to have the retirement you want, you’ll need to get in the game.

Like all games, especially at investing, there are rules and play books. Investment rules don’t appear that interesting at first.  We’re talking about books from successful investors, articles in The Wall St. Journal.  There are websites chock full of stock quotes and mutual fund pricing, charts, graphs. It’s a new language.  Plus, it’s at the beginning of the game that many women simply give up.  They don’t think they have “a head for investing”. I don’t believe so.

Well, there are lots of games we don’t really know much about and don’t really understand.  But we’ve become avid fans anyway.  We’ve learned the rules. We argue with (0r against) the refs and the umps, and we feel bad when our team loses.  Are you a baseball fan?  When was the last time you hit a 98 mile-an-hour pitch?  Do you love football?  Yet, have you ever caught a 50-yard pass or tackled a 225 pound running back?  Just because we may or may not have played the game doesn’t mean we haven’t learned the rules.  It doesn’t mean we don’t get it.

Same goes for investing.  You might not have played before, but you can learn the rules. If you are not that good at investing, you can practice and improve like the pros. Even better, there’s no physical fear of getting tackled or tagged at the plate!  Take the money that you’ve already socked away in an IRA or 401(k) or 403(b) and look at how it’s invested.  Is your money making money?  Do you have a well-diversified investment strategy?  Are you using the resources available at the place where you’re saving to get your retirement money on track?  They probably have an adviser who could help. The rules of the game are there for you to use and capitalize on for your retirement security.

From a recent Washington Post story, women make up an estimated 45% of the National Football League fan base – about 67 million of us.  We’ve been tagged as the NFL’s most valuable players because we buy so much football stuff.   The sponsors who run ads during the games recognize women’s influence on buying decisions.  We might not play football, but we are in the game.

We love to watch our kids play at any game, sport or activity they choose.  We cheer them on.  We learn their games.  Right now, we need to do the same thing with investing.  We have to learn to love it and participate in it.  Go girls, go!

Some rules of the investing game can be found in these excellent playbooks: