Boomers getting ready to retire tend to fall into three distinct categories:  those who are so excited they are counting down the days, those who are terrified and dreading the mere thought of not having anywhere to go, and those who are pretending that they are not ever going to retire.  They each have their charm and perspectives.  But, one common, overarching theme  is that preparing to step off the daily routine and into the unknown is hard.  After some 40 years of going through their days according to a relatively set schedule, it all will now be upended.  Their concern is how to put some structure into their days – – how to remain relevant.

Here, at the start of a brand new year, a new idea has emerged that might be part of the answer for those Baby Boomers just entering retirement or trying to figure out this era called “retirement.”  It’s the “bullet journal.”  Ever hear of this?  Basically, it’s a cross between a traditional to-do list and a diary.  It can be a very effective tool to creating some structure and flexibility by the day or the week and you can set it up to accommodate your favorite style.  It also gives you a book to keep so you can look back every month or quarter or year to see how much you’ve accomplished.

Rather than making resolutions and promises, try writing more down.  The idea behind this format is more creative.  There are lots of doodles, colors, and interesting ways to keep track of things from the number of steps on your Fitbit, to the number of glasses of water you drink, to sports scores or the weather.  And, of course, your to-do list is broken into categories that you choose. This approach takes the place of your various post-it notes that are stuck all over your desk and computer.  It replaces a traditional “Dear Diary” as it’s much shorter and pithier.  Plus, it allows you to be as creative or precise as you’d like.

Take a look at all the bullet journal options on Google:  simply search “bullet journal” and choose images.  There is an incredible array of samples that people are using to create their own sense of style and structure. Seems that everyone from the engineer to the gardener is finding fun ways to both plan and chronicle their otherwise unstructured time. 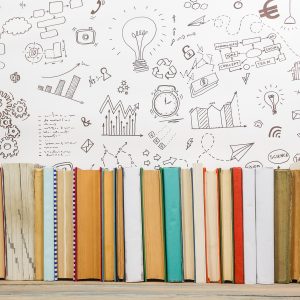 If you’ve ever tried to keep a diary, you may have lost interest by about week six.  And, if you’ve been working outside the home, everything seems to run from your Outlook or Google calendar.  You might even be carrying around a to-do list on your smart phone.   Your status reports or periodic updates to your boss serve as time to reflect and remind you of all that you’ve been accomplishing. During an active, jam-packed job that you’re juggling with your home life, those might be good tools.  But, once you leave the job, the structure that you might not realize you’ve been operating under completely disappears, leaving you a bit adrift.

A teacher once commented that he didn’t feel like he was retiring in June.  It was the same routine he had been in for the last 38 years.  Like the students, he left at the end of each school year.  He said he thought he would “feel retirement” the first Tuesday after Labor Day.  The school buses would come down his street and he would no longer be part of a first day of school.  In fact, since he was 5 and starting kindergarten, he never missed a first day of school.  What was he going to do after 50-some years of being part of that first day?  He was genuinely concerned about entering retirement in that moment.

In experimenting with my own bullet list, I’ve found it works incredibly well for keeping my many projects in order and creating structure to my weekends.  However, much as I want to be really creative with an artistic, well-doodled journal filled with style, I simply do not have that level of artistic talent!  Instead, I use multiple stencils for outlining and a variety of colors.  I’ve decided I must be a cross between an accountant and a traditional list-maker.  But, I love that there is a record of all the things that I have accomplished, and an on-going list of those things still to get done.  And, there are times when I write up some details about a trip I’ve taken or a special event with the family.  I long ago gave up keeping a diary, so this seems to strike just the right balance.

Regardless of how you are approaching retirement, or any time you might want to take a break in the routine, try using a bullet journal.  You’ll create some structure with your own style as you approach this new chapter of your life.

Take a look at some of these ideas for creating your own bullet journal: