Like many folks, turning the calendar from the old year to the new brings high hopes for making this one a better year.  There is the promise of doing more things better and making it all worthwhile—or making changes and fresh starts.  Personally, I love the idea of the new beginning and a fresh start.  As an organizer and calendar aficionado, I particularly enjoy laying out the entire New Year in front of me to see what possibilities might be in store.

However, the idea of making one or more resolutions has lost its luster over the years.  Like most of us, I lose that “stick-to-it-ness” during the first blizzard, or after too many days with not enough sleep, or if a better, more interesting opportunity shows up on my door step.  By early February, I feel like a failure with those darned resolutions.  So, I prefer to embrace the idea of the fresh new start by planning our family get-togethers, cleaning up the house, and writing down activities and events that give me anchors or targets throughout the year.  (For more ideas on this, read last January’s blog post about the bullet journal.) In essence, I change resolutions into actions that I know are manageable and reachable.  That way, there is no guilt as the year unfolds and when any unpredictable opportunities come knocking at my door. I have a plan, but it is as flexible as I am.

As a result, I was a little wary when I got a call from Janet Kidd Stewart, a prominent financial reporter for the Tribune newspapers and other major media outlets, asking if I would share a New Year’s resolution for an article she was writing.  Any concerns were quickly sidelined when she said she was looking for retirement or financial resolutions.  Oh, good!  I don’t have to come up with things like going to the gym more often or eating more salad! Luckily, I had just talked to my husband, Dan, a few days earlier about a new idea: pre-paying our retirement.  I knew that I could share this notion with a reporter.

I explained to Janet how Dan and I would prepay or pre-fund an earlier retirement.  The idea is that we’ll create a new “retire early” bucket in our savings account and direct some of our savings toward it every year.  We’ll estimate how much we’re likely to spend per year in retirement and save that amount. The more we save, the more years we can shave off our target retirement age.

The bottom line?  Retirement is expensive, even if we decide to scale back and downsize.  Costs only go up over time, and with aging will come new costs, mostly in the health arena, but also in new areas to explore with a boost of fun.  And, while it is great to have a plan that we’ll retire at a particular age, life doesn’t always care that you have a well-thought out plan.  The idea of being more prepared rather than less prepared is appealing.

In our case, the plan is to coordinate our retirements—defined as leaving our full-time jobs—between ages 65 and 67.  We’d like to at least be eligible for Medicare at 65 before we leave full-time work.  Or, maybe working until our full retirement age of 67 (as determined by Social Security) allows us to leave our jobs and claim Social Security around the same time.  That’s the plan: the target as of today. 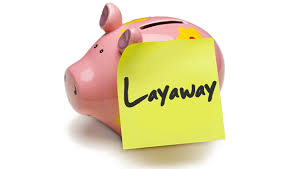 But, what if we had enough money saved to buy a year of earlier retirement?  What if we had enough cash to knock off a few years of working without tapping into Social Security early and without raiding our retirement accounts?  Sounds intriguing, right? It’s kind of like the idea of the lay-away plan for holiday shopping.  You want to buy an expensive gizmo for your child, but don’t have the cash.  You could charge it, but then you’d have to pay interest on the installment payments.  Instead, make smaller payments to the store or your bank account designated for gifts throughout the year.  Surprise! You’ve reached the finish line without making poor financial decisions.  Sounds like a solid plan to me.

This idea of pre-funding a few years of retirement came about as I was writing the very last tuition check for our youngest daughter.  She is in her last semester of college and I realized that there would be no more tuition checks to write.  Ever again!  Now, we’ll have more money to spend.  Or not.   Rather than buying more stuff that we know we don’t need, why don’t we redirect the amount we’ve been paying in tuition and fees for the past 9 years into our own early retirement fund?  We won’t change the savings going into our retirement accounts. We don’t have to make any other sacrifices financially because we are used to living within these means.  We’ll just keep working and stick to the plan we’ve set up.  But now, we are in a position to earmark a specific bucket of cash (or very short-term investments) toward retiring a little bit earlier if we want to.

Yes, it’s doable based on your lifestyle, income, and spending habits.  For every $X thousands of dollars we save from NOT paying for higher education, we shave off a year of our target retirement age:  67 will become 66 by the end of year one.  In three years, we could retire at 64. If we sell our house and truly downsize, we might even have a 2-for-1 situation.  For every $X thousand we save, we could buy ourselves retirement two years earlier than we thought possible.

This idea comes with the extra bonus in that it helps protect us in case one of us can’t continue to work.  In life, as we all know, we don’t always get to call the shots.  What if one of us loses our job at age 59?  There will be few employers who would be excited to hire an “older” employee or pay us what we’re earning now.  What if one of us gets sick, or if we’re just too tired and stressed and simply want to make a graceful exit from the job?  Now that the kids are successfully getting started on their own journeys, we can build a cushion for ourselves.  It’s practical.  It’s tactical.  Instead of a couple of very fine universities  getting our cash, we do!

Let’s be clear here that this is not really a “resolution”!  I don’t want to set myself up for failure as we start a   New Year!  But, I think there is strong potential for this idea to work for any number of families in our situation.  It won’t be for everyone. It does require a dedication to reroute money we were already spending on education and avoiding temptation to spend it on other fun things or purchases.  Over time, we should see larger balances in this “retire earlier” bucket, which should give us the incentive to keep it going.  If we retire at 62 or 63 instead of 67, you’ll know we succeeded!

Meanwhile, if this idea doesn’t float your retirement boat, read Janet’s article:  The Journey: 10 Retirement Resolutions for 2018.  She interviewed 10 retirement gurus (including me!) and they offer a wide range of great ideas to help you get to the retirement you want.  Let me know which ideas could work for you.