Home » For Women » A Woman’s Walk Down Wall Street

A Woman’s Walk Down Wall Street

Celebrating How Far Women Have Come in the World of Money 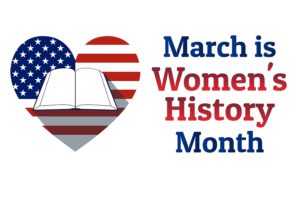 March is Woman’s History Month.  This year, I wanted to recognize the women who paved the path for me and so many other women to work in financial services.  So, I wrote an article showcasing a woman’s walk down Wall Street.  What did it take for women to break into the men’s club?  Are women gaining ground at the senior levels of Wall Street?  Do women have significantly more access to financial assets today?

In my research for this article, I had the opportunity to interview two amazing women who have indeed been on a woman’s walk down Wall Street.  One from the very early days in the 1960s; the other who started working a decade later.  They both built incredible careers.  And, like so many women who broke the mold, they are unsung heroes.  Without their courage, determination, and persistence, so many of us wouldn’t have the career opportunities we’ve had.

Recognizing women during women’s history month is a way to say thank you to all the women, including our own mothers and grandmothers, who did their part to advance the next generations of women.  So, despite the trauma of COVID-19 and all the chaos we’re dealing with today, I hope you’ll take a few minutes to celebrate the women in your life.

President Reagan issued the first order to mark women’s history.  It was for one week in 1982.  He recognized the vital role women played in American history and made it a national focus for the week of March 7, 1982.  His remarks were gracious:

“American women of every race, creed and ethnic background helped found and build our Nation in countless recorded and unrecorded ways … As leaders in public affairs, American women not only worked to secure their own rights of suffrage and equal opportunity but also were principal advocates in the abolitionist, temperance, mental health reform, industrial labor and social reform movements, as well as the modern civil rights movement.”

The only movement missing from this list was for financial independence.  But behind the scenes, we were seeing great inroads and change due to a woman’s walk down Wall Street. These pioneers propelled women into high finance and helped secure more access to financial products and investments.

The Article Begins This Way:

In 1996 it finally became legal for an at-home-mom to fully contribute to an IRA. Only then could she start to save for her retirement. Twenty years later, women have socked away $83,000 on average, in their 401(k)s that will eventually roll to an IRA.

Until 1974, unmarried women (single, divorced or widowed) could not open their own bank account, credit card, car loan, or mortgage without a male co-signer. Today 62% of all new cars are bought by women, and 50% of all single women own their own homes.

In a nutshell, women were iced out of money, credit, loans, and jobs. But, boy, the ladies have come a long way toward financial savvy. In honor of National Women’s Month, let’s take a walk down Wall Street in high heels. Experience investing and insurance opportunities from a woman’s point of view. See what she sees.

You can continue to the full article, A Woman’s Walk Down Wall Street, in Advisor Magazine.

Who are the women that made your career possible?  Did the push the envelope or knock down brick walls?  It all made a difference.  While you have some extra time at home, I hope you will share your stories with us here on Boomer Retirement Briefs.

Not only does this article have great information, the photos are awesome!  Take a look:  Feminism for Women in 1970s Finance Professions

The “first woman of wall street” is well-known in the industry.  This article about Muriel Siebert gives you quite a glimpse into the 1970s for the few women in finance.

The National Women’s History Museum has some excellent information about the journey women have taken in their effort for financial independence over the last 100 years.