Home » Boomers in Action » California or New Orleans – How To Decide Where to Live in Retirement?

California or New Orleans – How To Decide Where to Live in Retirement? 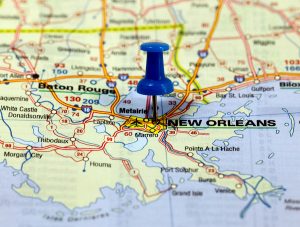 Should she choose to return to New Orleans, where family roots and history are strong?

What do you do if you had two fabulous places that you could retire too? One that has glorious weather and an amazing ocean; the other steeped in rich traditions and not-so-quiet spirits.  One where your grown children live; the other where your family history lays.

This begs the question: How will you decide where to live in retirement?  Kimberly, a 60-year old divorced woman with two grown children and an enthusiastic pre-teen grandson, grew up in New Orleans. She has extensive family there, a deep history, and the fondest memories of her mother who recently passed away at 94.  She treasures the stories of the ghosts who have visited the family from time to time.  But, she has lived in Berkeley, California for the past 25 years, and raised her sons here.  Both of them have chosen to stay in California and live nearby.  One is married and one is engaged.  Her grandson competes in mountain-biking events, and her network of friends is very strong.  So far, no visiting spirits here! 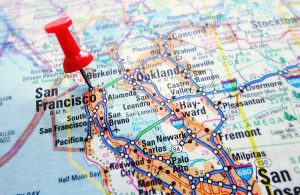 Or, is it better to stay in California where she’ll be near her sons and grandson? In many cases, decisions where to retire are not so easy. What are your plans?

When I met her recently, she told me how excited she is to be retiring this year. Even though she’s only 60, she’s been with the same company for 25 years, she’ll receive a pension and Social Security, her house is paid off, and she’s tired of the daily grind.  She’s so ready to retire.  She’s also mentally exhausted after spending the last five years dealing with her aging mother who lived in New Orleans.  Every vacation and holiday for those years was spent heading back home to stay with her mother and help her with daily living.

She has no regrets that she provided lots of support to her mom. She clearly adored her mom and it’s still painful that she’s no longer here.  Kimberly shared the caring of her mom with her younger sister and a brother who occasionally chipped in.  We did laugh over the reality that it tends to fall to the daughters in the family to take care of the aging parents.  We decided it had to be a wiring thing between the genders!

With that observation on the table, I couldn’t help but ask how she was thinking about her later retirement years having only sons. She said she has been thinking about that and is trying to figure it all out.  She hopes she will age well like her mother, who lived completely independently until five months before she died.  Those last five months were challenging, in and out of the hospital and the skilled nursing facility that her mom had chosen.  But, in the grand scheme of things, her mom led a brilliant life the way she wanted.  And, both her daughters remained very close to her all through the years.

Kimberly is fortunate that she has deep networks in two fabulous areas of the country. Even after 25 years, her southern drawl is quite pronounced and she says “New Orleans” in that silky way that only a native can deliver.  I could have listened to her talk all day.  Between the drawl and the fabulous stories of her aunt who “has the sight” and is routinely visited by the spirits, I was totally taken in!

When it comes right down to it, she is quite torn where to live in retirement. At this early part of her new chapter, she thinks she’ll stay put in California.  She would like to stay close to her boys and their growing families.  She also wants to build more of a friendship with her dad’s side of the family – distant aunts and cousins who are also in the area.  But, there is still a pull she feels for New Orleans.

She thinks her hesitation to returning to New Orleans is due to the sadness of losing her mother so recently. Those memories are raw.  However, her bevy of cousins, aunts and uncles from her growing up years are a huge draw.  In the end, Kimberly folded her hands and said, “Really, how can I go wrong?  I’ll either have a fabulous retirement in the paradise of California or a fabulous retirement back home in the sparkle of New Orleans.”  She’s right.  With two wonderful options and lots of years ahead of her, she really can’t go wrong.  Happy retirement, Kimberly!

For more information about where to live in retirement – in California or New Orleans – you might check out these resources:

“New Orleans may be internationally known for street parties and blaring brass bands. But a new study says the city has plenty to offer those looking to wind down in their retirement years.” Read more…

For a guide to retiring in California, here is a good place to start.

2 Responses to California or New Orleans – How To Decide Where to Live in Retirement?