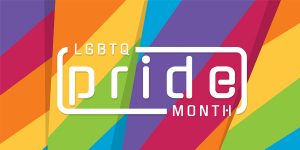 Thanks to the early work of LGBTQ Boomers, June is the international month of Pride. Parades, parties and potlucks happen from coast to coast and around the globe. This year marks the 50th anniversary of Gay Pride.

June is Gay Pride month across the globe.  Most Pride parades and activities happen in June, with some following in July and August.  You can find events in many major cities as well as smaller Pride events in cities and towns of every shape and size. Gay Pride started 1969, the result of a serious assault against the LGBTQ community at the Stonewall Inn in New York City followed by days of rioting.  The first parade was meant to mark this event and bring attention to the inequality among gay and lesbian communities.  It was organized and lead by several LGBTQ Boomers.

From a humble beginning to the extraordinary world-wide extravaganza today, Gay Pride represents an organized movement that met the need for the LGBT (there was no Q at the time of the initial events) community to be louder and more visible. Nothing was going to change politically, socially, or legally, if gays and lesbians continued to try to push their agenda in passive, non-threatening tactical ways.

Coming of age alongside some 3 million LGTBQ Boomers, I never wondered why gay advocacy was called “Pride”.  It just was.  June was Gay Pride month and there were lots of parades.  But, as all great histories, there is a meaningful reason for this particular word choice.  In a 2015 interview with Helen Zaltzman on The Illusionist, A Podcast about Language, the man who came up with “Pride” had this to say:

“My name is Craig Schoonmaker, and in 1970 I authored the word ‘pride’ for gay pride. Somebody had to come up with it!

We had a committee to commemorate the Stonewall riots. We were going to create a number of events the same weekend as the march to bring in people out of town, and wanted to unite the events under a label. First thought was ‘Gay Power’. I didn’t like that, so proposed gay pride.

There’s very little chance for people in the world to have power. People did not have power then; even now, we only have some. But anyone can have pride in themselves, and that would make them happier as people, and produce the movement likely to produce change.”

The Evolution of a Revolution

This year marks the 50th anniversary of the raid on the gay community at Stonewall Inn.  The organizations that support and fight for equality among the LGBTQ communities are strong and focused.  The landmark win, of course, was passing marriage equality for all in 2015.

LGBTQ Boomers have been the force behind the revolution.  Partly because of the times, and partly because of the strong organization and leadership, LGBTQ Boomers have advanced the rights of the gay community and pushed forward a tremendous number of social and legal changes in just one generation.  They’ve been instrumental in changing social attitudes of all but the most conservative folks who saw homosexuality as a psychiatric condition or not part of their religious beliefs to winning same-sex marriage rights and improved civil rights in many (but not all) states.

Everyone Loves a Parade

Everyone loves a parade!

The methods and ideas that emerged 50 years ago have proven to be remarkably effective.  At the core, LGBTQ Boomers, who were just in their 20’s at the time, fundamentally understood that their goal was to create a movement that increased visibility. What better way to do so than to invite one and all to a parade?  Add in community events, bands, parties and potlucks, and you’ve got a recipe for success.

This year, there are over 150 major cities hosting Pride parades.  New York City hosts the granddaddy of all Pride events.  In fact, they are estimating 4 million people will be converging in the Big Apple at the end of June for the main events!  Considering there are only an estimated 3 million LGBTQ Boomers (and another 6 million in the younger generations), that is a tremendous show of support in just one city.

Most other large US cities host their own Pride events and parades.  From LA and San Francisco, through El Paso, Omaha, and the Twin Cities, to Boston (#WickedProud) and Orlando, you can show your support to a part of our citizenry that continues to be underserved and discriminated against.  If you’re traveling internationally, join the party in cities around the world that have organized and are hosting Pride events: from Whistler’s “Pride and Ski” to Shanghai, Tokyo, Rome, Edinburgh, Malta, the Czech Republic and Iceland.  The evolution of the movement and acceptance of the community are clearly growing stronger every year.

What’s Ahead for LGBTQ Boomers

In their wildest dreams, I can’t believe that the original few LGBTQ Boomers who organized that first parade in 1970 could have envisioned the size, scale, and scope of Pride 50 years later.  It is one of the most significant social movements to ever impact the world.  There is still more to be done, but hopefully, this year will mark a celebratory note as well: much has been achieved by these leading pioneers in the gay and lesbian communities.

And, now it’s time for the torch to pass to the younger generations.  Like all of us Boomers, the LGBTQ Boomers who created Pride are at retirement age.  Many are still active and continue to work tirelessly for equality and fairness for all.  Unfortunately, LGBTQ Boomers face retirement somewhat differently from non-LGBTQ segments of the population:

Aging in America is no picnic.  One newspaper quoted a near-centenarian as saying, “Getting old isn’t for wimps!”  It’s also particularly challenging, and sometimes downright nasty, to be an LGBTQ elder.

Sage is an organization supporting issues that are particular to LGBTQ Boomers:

“We’re a national advocacy and services organization that’s been looking out for LGBT elders since 1978. We build welcoming communities and keep our issues in the national conversation to ensure a fulfilling future for all LGBT people.”

Dedicated staff and volunteers help with housing and health care.  They continue to advocate for laws and protections for LGBTQ elderly.  And, they sponsor the Sage Table—an inter-generational dinner party.   Launched in 2017 to fight isolation in the LGBT community, volunteers can host a meal and a conversation with new and old, young and elder LGBT friends and allies.  There are three times in the year to focus on creating a new community:

Find out more at Sage Table and see if you might want to become a host family.  What’s not to love about making new friends—Boomers and beyond?

Like it or not, our generation is moving into retirement.  We have more time on our hands.  Finding ways to support each other can be one of the most rewarding ways to spend our time.

Use Pride month to explore the various ways you might become an ally or supporter of your fellow LGBTQ Boomers.  Take a look where your local PFLAG chapter is or become an Ally.  Hang a rainbow flag or make a rainbow cake.  Enjoy the parade!  It all matters.

There is a tremendous amount of information available about a variety of LGBTQ topics when you start to take a look.  Here are a few of the most interesting sites I’ve come across in my research about Gay Pride:

Read about the history of the Gay Pride movement that began in 1969 after the Stonewall Riot.